I was really torn when I first heard about this press of "The Beat Goes On". On one hand, special covers were made for Blacklisted's final shows. On the other hand, Blacklisted would be playing a final show! This was the last band I wanted to see break up.
As we all know, this was pretty damn far from a final show as they have since released a couple 7 inches and the "Heavier" album. They have also been touring what seems to be non-stop as well. 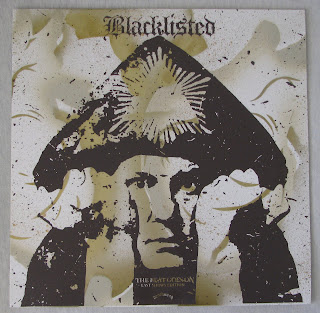 I was blown away when I saw this online for the first time. It jumped to the top of my want list and I was able to get it through a private deal off the B9 boards.
I have been a sucker for Aleister Crowley and all that black magic bullshit since reading the Led Zeppelin book "Hammer of the Gods" and listening to Ozzy back in 5th grade. Jimmy Page bought his house, I bought this record.
I think I win...

The Last Shows records used both the red and blue vinyl from the 1st press. Word has it there were 75 of each color used for different parts of that last tour.

It seems every time I look through my records, I end up pulling this one out to gawk at. Probably has something to do with the devil. 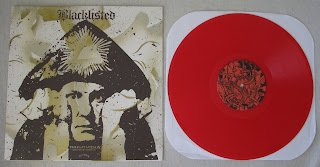 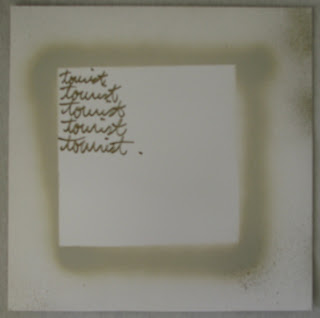