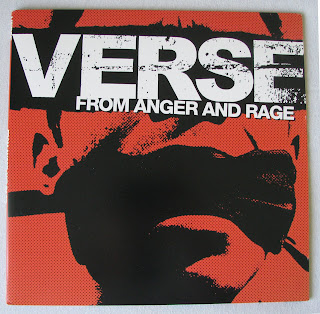 Have you ever seen a record on a trade list, message board or label discography and just needed to have it? For me, it was Verse's "From Anger and Rage" friends press. The brown and green contrasting with the red/white/black cover, red label and the other colors pressed just grabbed me. 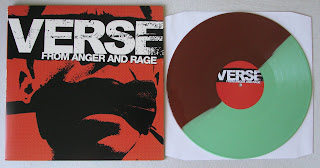 At the time when I saw it on the Rivalry discography page, I never thought I would ever get one. Verse were very popular and Rivalry was the hot label of the day. It wasn't looking good.
In the end, I won it on an ebay auction off Danny Hesketh from Sinking Ships. It was a high profile, heavily advertised auction and I probably ended up spending a lot more than if I waited.
Still, pretty bad ass huh? 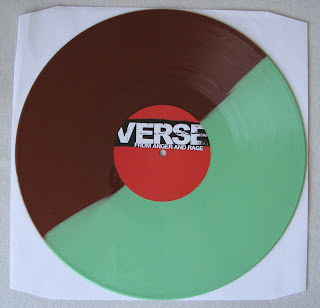 I have mixed feelings about collecting friends presses. 99.99% of the time I am not a friend of the band or the label. The people releasing this record never intended for me to have one, so who the hell do I think I am jockeying to score one? Lurking for friends presses and tests feels like crashing a house party and getting busted by the star quarterback and all his friends.